One of the most iconic and quintessentially British classic cars of all time, the Jaguar E-Type has won hearts and minds worldwide and inspired countless petrol heads. Produced between 1961 and 1975 over 70,000 left the factory and made the E-Type a worldwide icon.

While it would be easy to wax lyrical about the E-Type and what it did for fast cars of the time, recently we have noticed a trend in E-Type prices – i.e. that they’re shooting up. It looks like we’ve got a breakaway icon on our hands that might be about to go stratospheric.

Harry Metcalfe stated that more ‘accessible’ classic cars are the ones to watch soar in price this year and it appears the Jaguar E-Type is leading the charge. If you can call cars between £75,000 – £150,000 ‘accessible’, that is. Let’s take a look at recent price trends for the classic Jag and then we can get to the bottom of this.

So what are we looking at? This graph shows the prices of E-Types sold at UK auctions since 1995 and you don’t need to be a mathematician to see that this is good news for our plucky Brit.

Between ’95 and 2010 E-type values were clustered shy of £50,000, the car was considered a classic yet not valuable enough to command serious premiums, however lightweight and low drag versions continued to trade highly. In the 2000’s we viewed the classic car resurgence with wealthy enthusiasts storing their money in valuable cars like the Ferrari 250’s, 300SL’s and Carrera RS’ to name a few but due to the large numbers produced no one viewed the E-Type as a valuable asset.

Fast forward to 2015 and we see clustering, we see it increase and increase quickly. As the collectors snap up the ‘higher tier’ (crude but it makes sense) classics the focus shifts to what is the next desirable classic, and this is where our Jag fits the marque. Built in high numbers, removing it from the realms of super exclusivity, however iconic and highly regarded enough to have immense cultural value the Jaguar E-Type is leading the charge of the ‘more affordable’ classic motorcar.

Towards the end of 2016 we remarked often at the sudden price hike for which these cars were selling, and for good reason. The idea of ‘trickle down’ investing has come good for the E-Type market as many are now seeing it as a ‘British Ferrari 250’ rather than ‘an old Jag’. In terms of bang for your British buck, series 1 cars carry the highest premium and fetch the most at auction as they are seen as the purists choice and have the most recognisable and ‘iconic’ shape. 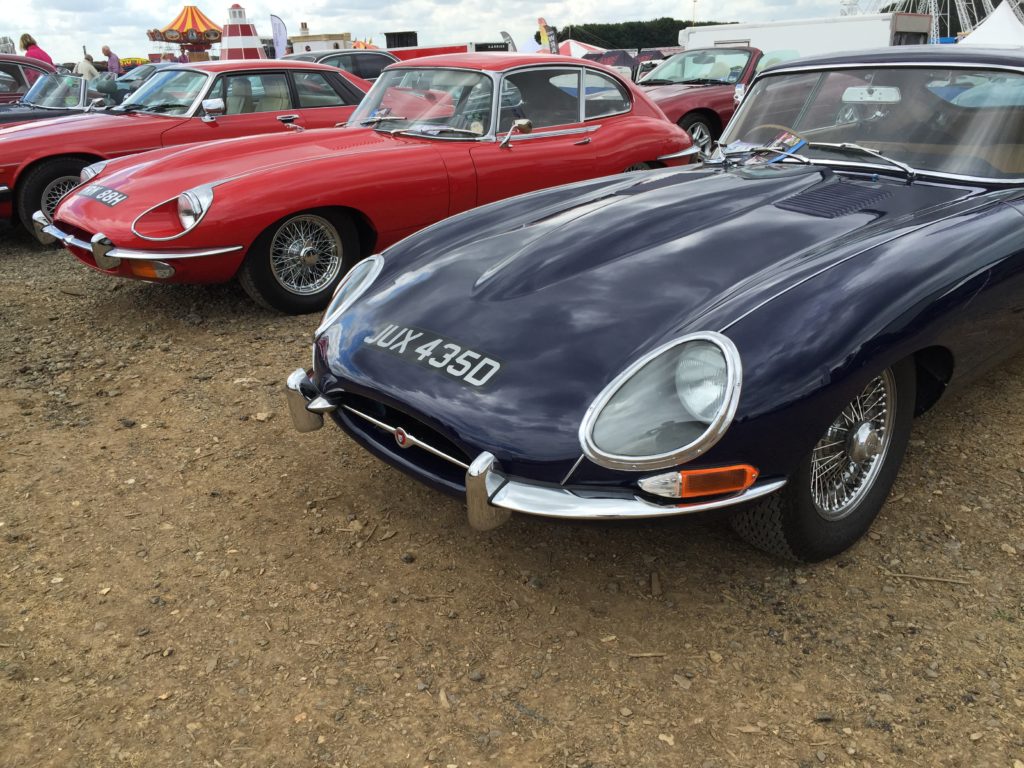 So what do we see happening in the next 18 months to our trusty Jaguar? Prices don’t look like they are showing any signs of stopping and the classic car market has an appetite for being ahead of the curve. There is still time to get in to the Jaguar E-Type market and make money but you will have to be quick as well as smart about how you enter. As we remarked earlier it is the low drag coupés that commanded the highest premiums, however from the data the ‘regular production’ series isn’t far behind.

Our prediction is that from the data we can’t see this as a blip, more a part of an emerging trend. As buyers become wise to the E-Type don’t be surprised if we see some prices tip over the £200,000 mark for the best kept originals. Watch this space for the new classic icon.