The most iconic car of the 1980s? The first iteration of the BMW M3 certainly has a decent claim. As prices for more sought after ‘modern classics’ continue to see good growth, we take a look at how the ‘E30’ M3 is performing at UK auctions.

The second generation BMW 3 Series, or chassis code ‘E30’ to fans, is an iconic BMW in its own right. It was the 3 series that first conquered the world, seeing strong sales in markets the Bavarian firm had previously struggled to get a toe in.

The car combined solid build quality and reliability with a traditional sporting layout. Powered by a front mounted inline six or four, driving the rear wheels through a 5-speed manual (autos also available), the E30 wasn’t the most innovative car. It was just, in typical German fashion, executed crushingly well.

The handling of the standard car was fantastic as it was. Indeed the car’s balanced, lightweight and oversteer-biased handling has made cheaper models of the E30 a drifter’s favourite. The M3 however, took things to another level in 1985.

Being a homologation model, the E30 was fitted with a detuned version of the S14 four-cylinder as found in the motorsport versions of the car. As a touring car, and to a lesser extent, rally car, the E30 proved one of the ‘winningest’ chassis of all time. Tweaks to the suspension, aerodynamics and of course the new engine saw the E30 pick up countless trophies. 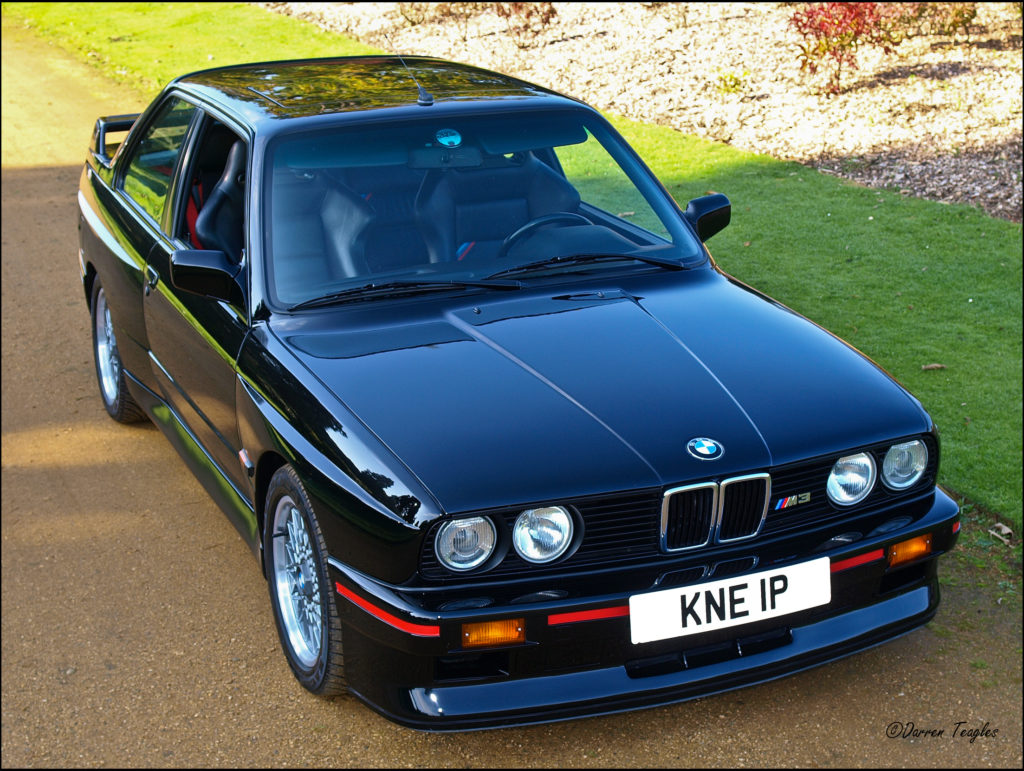 M3’s can be distinguished, among other features, by their boot spoiler, flared wheel arches and front spoiler.

But back to the road car. As the first M3 – now BMW’s most famous model – the E30 M3 is one of BMW’s most collectable cars and prices have reflected this. Indeed M3s are easily worth ten times their standard E30 3 series stablemates.

As we can see from the auction result data, prices of this BMW have truly rocketed in the past four or so years. We’ve seen the most desirable and best condition cars now fetch over £75,000 and a sub £25,000 car seems firmly behind us, at least in roadworthy condition.

For prospective buyers however, it is interesting to note the variation of prices these cars are fetching. In 2016 alone, some E30 M3s were selling for almost half the value of the most expensive models. This is highly suggestive of a collector market, where cars of the best condition, highest spec and detailed provenance are being inflated beyond their objective worth.

If you’re looking to buy a BMW E30 M3 as an enthusiast in today’s market, these cars are probably best avoided, given they’re not ‘twice the car’.

If you’ve bought one five or more years ago however, well done!